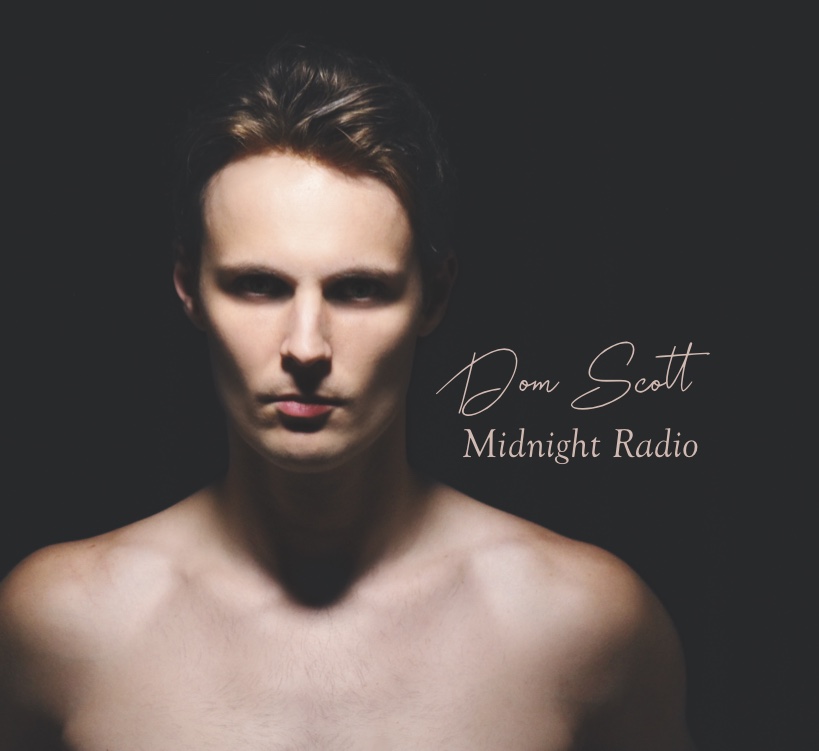 In honor of Dom Scott’s title role as Hedwig in Hedwig and the Angry Inch, Dom Scott is releasing his first compilation album.

Midnight Radio features many of the collaboration projects that Dom has released since his first album Carousel, some remixes from Carousel, some preview tracks and some tracks that will never be released. Midnight Radio is a “hangout session” with Dom as he narrates and tells the behind the scenes stories of all his past and future projects.

Midnight Radio is available exclusively as a physical cd and can be purchased at any Hedwig show at the Hollow Spirit Studios Merch Booth. 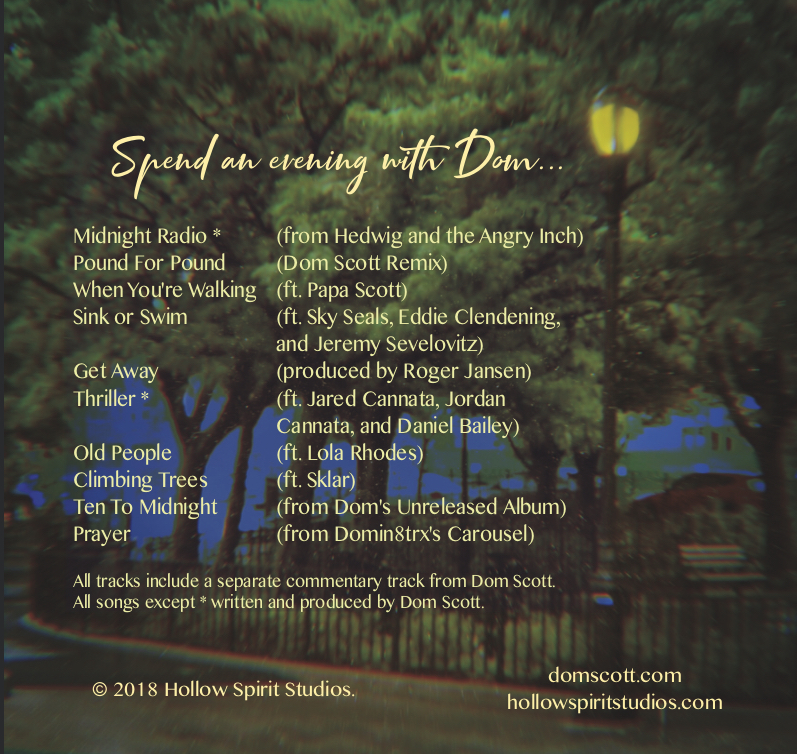